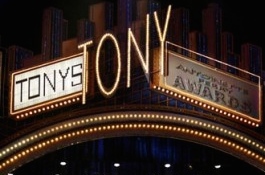 2015 Tony Award Show Mezzanine Seats with a 3 Night Hotel Stay and Airfare for (2)
Suggested Retail Value: Priceless
The Antoinette Perry Award for Excellence in Theatre, more commonly known as a Tony Award, recognizes achievement in live American theatre. The American Theatre Wing and The Broadway League present the awards at an annual ceremony in New York City. The awards are given for Broadway productions and performances, and an award is given for regional theatre. Several discretionary non-competitive awards are also given, including a Special Tony Award, the Tony Honors for Excellence in Theatre, and the Isabelle Stevenson Award. The awards are named after Antoinette Perry, co-founder of the American Theatre Wing.