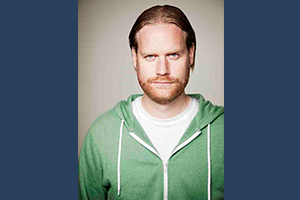 With two childhood friends Björn Barnekow first started his own company towards the end of high school. Initially a record store/mail-order it soon grew into a highly influential record label with numerous top 5 releases. Nowadays Bad Taste Records is an entertainment company with offices in Santa Monica and Lund, Sweden and in addition to the record label it also consists of Bad Taste Events (one of the biggest independent gig promoters in Scandinavia), Feeble Music (a licensing company/publisher that represents the majority of the Swedish indie labels/artists for film and TV licensing) and OBA Management. Among its artists the latter represents Danko Jones (one of the biggest rock bands in Canada) and the Platinum selling Swedish hip hop artist Timbuktu.