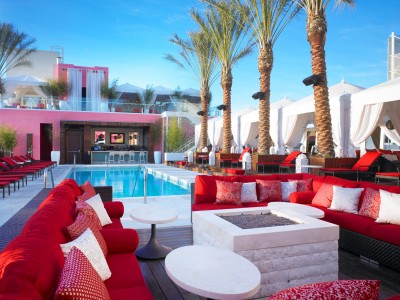 We are beyond excited to announce that the Swedish House Music icon Steve Angello will receive the Eliason Merit Award 2013.  The winner came out of an unanimous decision by the Swedish-American Chamber of Commerce of Los Angeles’ Board of Directors.  Steve Angello receives the award for his persistent musical innovation that has put Sweden in the international spotlight and helped strengthen the relations between The United States and Sweden.
”To receive a price like this is a great honor,” says Steve Angello and continues, “When I heard that I was given a price for strengthening the Swedish-American relations it put a smile on my face. I have never gone in to any of these adventures for being awarded, it’s truly passion!  When something like this happens you feel powered to go further and work harder and therefore it means a great deal to me and the people on this journey supporting my cause and adventure! Thank you so much for the blessing and boost of power!”
The red carpet event will take place at the W Hollywood Hotel’s famous rooftop with unparalleled views of Los Angeles.  The award ceremony will feature top performances, including a celebrity-packed after party in Steve Angello’s honor.  More details regarding the evening and the entertainment will be announced soon so stay tuned.
Make sure you Like us on Facebook and follow us on Twitter to receive the latest updates first.
When: Friday, November 22, 2013
Where: W Hollywood Hotel Rooftop, 6250 Hollywood Blvd, CA 90028, Hollywood

……………………………………………
About Eliason Merit Award
The Eliason Merit Award is an exclusive red carpet event hosted every year by SACC-LA.  The Award has been named in honor of the late Sven A. Eliason, who through his great contributions to Swedish-American causes exemplified the standards for this award.  This is one of SACC-LA?s most prestigious events of the year attracting hundreds of by invite only, exclusive and high-profile guests to enjoy a fabulous cocktail reception, brilliant entertainment and after party.  Examples of previous winners are Dolph Lundgren(actor), Maud Adams (actress), Per Hallberg (three-time Academy Award-winning sound supervisor). www.sacc-la.org/?page_id=163