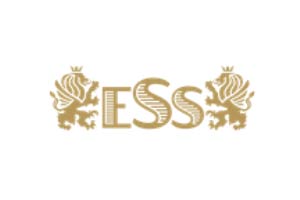 Perhaps because one of his first loves was public speaking John K Bates has been a fan of TED since the ‘90’s. In 2009 he attended the first TEDActive in Palm Springs and has been a full-on TEDster ever since.
John’s career began in 1987 with a liminal moment as it dawned on him how the Internet would transform communication and collaboration for the human race. John helped create the first entertainment site in the dot com domain, Virtual Vegas – no real gambling but still wildly popular; co-founded BIGWORDS.com which raised over $80M, and was named the #1 youth marketer by Yahoo Business for two years in a row, but then subsequently failed in the dot-bomb explosion. John was the first employee and is a part owner of Goldstar.com and was responsible for opening all the major markets in the US. Since 2006 John has been consulting for online game companies like Entropia Universe and theBlu. John has raised hundreds of millions in Venture Capital, successfully opened resistant markets for completely new products and has run the customer service department for a multi-million dollar company.
He understands sales, relationships and can empathize with anyone. John has been actively coaching since 2005. He has worked with the CEOs and executive teams of PlaySpan, Prescience Intl., Motorola, Goldstar, Oculus International, LAZ Parking, Johnson & Johnson Innovation Labs, Janssen Labs, DudaMobile and hundreds of others on their presentation, media and business skills. John has spoken at hundreds of conferences, business schools and other venues all over the world including speaking at the TED Conference every year since 2011.
He has both spoken at and co-hosted a number of TEDx events including co-hosting TEDxHoboken, TEDxVenice and speaking at TEDxLexington about the rise of Virtual Goods. Some of John’s past speaking engagements include Game Connection Europe, the Virtual Goods Summit, Future of Money & Technology Summit, Virtual Worlds Conferences, ION, Engage Expos, the Harvard Business School Cyberposium, Web Attack, Jupiter Online Developer Conferences, Vanderbilt B-School Distinguished Speaker’s Forum, St Gallen B-School World Leaders Symposium, Leiden Veerstichting conference for Global Leaders, Login Conferences, Game Developer’s Conferences, TEDActive 2011/12/13, TEDxWoodsHole, TEDxMonterey, TEDxLexington, and many others including hundreds of University classrooms all over the US and Europe. He has also Hosted TEDxVenice, TEDxHoboken, TEDxPCC and SupporTED.
A few more conferences where John has spoken: International Quality and Productivity Center (IQPC) multiple times, Heavy Hitters Major League Advancement Strategies Case District VIII Seattle, Greenfield Online Internet Marketing Conference 2000, George Washington University School of Business and Public Management
And now, few words about the other fellow in the picture.
Flash Bates was rescued from the holding pen in the Los Angeles animal shelter moments before his scheduled execution.
Despite the fact that he was difficult at first, and had clearly been abused, Flash has matured into a dog that many call the mellowest dog in the world. Flash loves to be included in social situations and has attended TEDActive since 2009 and become the unofficial mascot for the TEDActive crowd.
Flash works with John in his coaching business by giving excited executives an acceptable outlet for their nervous energy and attention. Flash grounds their nervous energy and sets a good example by being relaxed.
Recently an East Coast executive from a publicly traded construction company bent down, put his face right up to Flash’s face and said, “Flash, I’m so happy you were here for this! You made my session so much more enjoyable.”
Flash is a graduate of the Blue Dog Ranch/Pacific Dog Rescue training provided by David Roe and is eternally grateful for David’s gentle but insistent manner.
www.executivespeakingsuccess.com