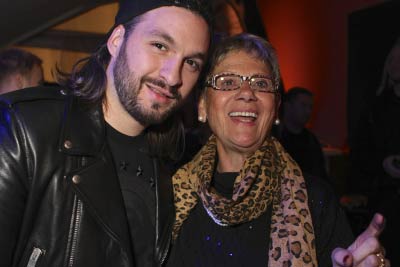 With a wonderful sense of humor and a tremendous love for photography Kerstin Alm has captured the events in the Swedish community in LA for almost five decades.  We are very grateful for her dedicated work and would like to share some of her photos with all of you.
Kerstin was 14 years old when she received her first camera from her dad who was a talented photographer.  That was when she discovered her passion for photography and she has brought a camera in her bag ever since.
Having worked for Air France for almost 30 years she has had the opportunity to travel and take photos all over the world.  Kerstin has for example photographed all the big film festivals in Cannes, Venice, Toronto, Dubai etc.
Since she moved to Los Angeles in 1965 she has covered events for the Swedish organizations in Los Angeles and she has for example never missed the opportunity to shoot a single Eliason Merit Award and she also received the award in 2008. 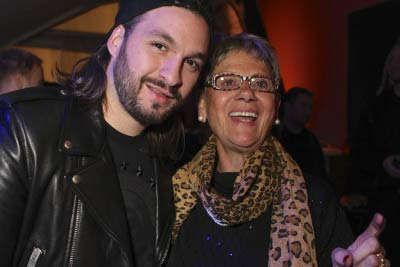 This is a picture of Kerstin and Steve Angello from Eliason Merit Award 2013
What Kerstin enjoys the most is taking photos of people in action and with her joyful personality and humoristic approach she has the ability to make people relax and laugh in her company.  She surprises the crowd with a clever joke just before she shoots and the pictures become more genuine.
Kerstin often goes by the name Mamarazzi when she is on a photo-shoot.  Using that name is a funny way to point out that she is the opposite of a Paparazzi – a Mamarazzi only takes photos of people that wants to have their pictures taken.
Here follows a few of Kerstin Alm’s photos and her own comments.  You can also check out her website  and contact her at:mamarazzi37@me.com, 310-833-3030 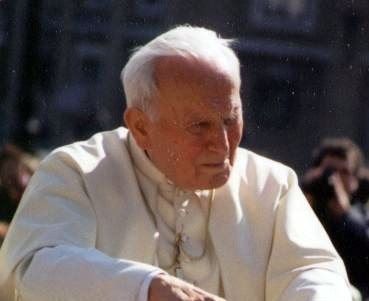 Pope John Paul II
In the days when one had a roll of film. This was number 36 of a 36 photo roll!! 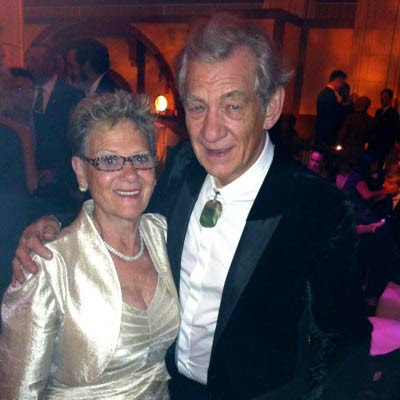 Kersin and Sir Ian McKellen
I have a girlfriend who lives in Paris and she was traveling to New York in december 2011.  We decided that we wanted to go to the Premiere of Hobbit.  Well, I flew in to NYC, rushed to get a taxi, no taxis, took a bicycle tour with my suitcase to Dina Rosenmeiers hotel on lower East Side.  The traffic was horrendous and we ran up to the movie, where the film was being shown and the after party (yes that was really hot) took place.  Since I have photographed Sir Ian McKellen several times thought it would be exciting to meet him without having a camera.  Well, an iPhone is handy and here is the result. 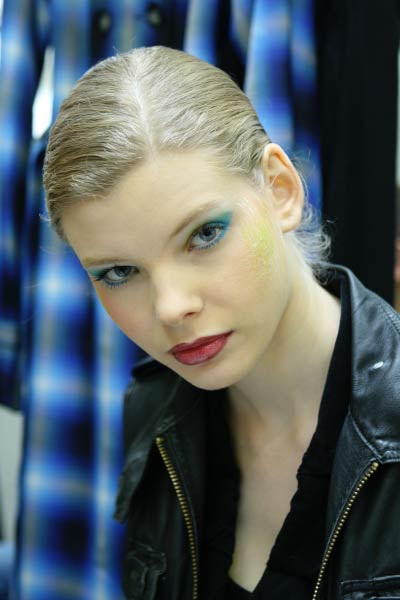 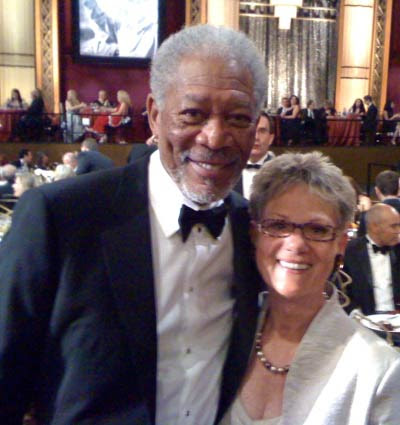 Morgan Freeman at the AFI Life Achievement Dinner at Sony Pictures in Culver City. I sold my Salvador Dali for $3.000, as this was the cost for attending this event. It was worth it. Am very glad I did what I did.
It has been such a pleasure to work with Kerstin Alm for all these years and we are looking forward to work with her for many more years to come.
A big THANK YOU from the SACC-LA crew!
Written by Paula Thelin