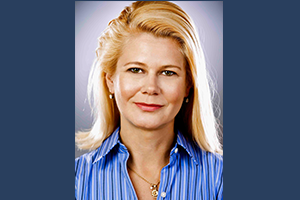 Gudrun Giddings is the CEO and producer at G4C Innovation and the co-founder of Entertainment Capital Network. She is the U.S. Ambassador for Scandinavian Film Locations and serves on the Board of Directors for Mentor Foundation USA that was founded by H.M. Queen Silvia of Sweden. She is also a Board Member of SACC-USA and the President and Chair of The Swedish American Chamber of Commerce-LA.
She is currently in post-production on LIKE ME, an English language feature film, shot in Sweden and to be released worldwide. Gudrun recently executive produced BANSHEE CHAPTER directed by Blair Erickson and executive produced by Zach Quinto (STAR TREK, MARGIN CALL) Gudrun also produced a pilot in collaboration with Stan Lee’s company POW! Entertainment and Michael Eisner’s Vuguru hosted by Mark Hamill (STAR WARS). Before then she executive produced the Norwegian fantasy thriller THALE, released in the U.S. 2013. Gudrun executive produced FLYPAPER, written by Jon Lucas and Scott Moore (THE HANGOVER) directed by Rob Minkoff (THE LION KING, STUART LITTLE) starring Patrick Dempsey (GREY’S ANATOMY, ENCHANTED) Gudrun previously served as a Producer and the Vice President of Production at Paradox Entertainment and worked on the feature film CONAN THE BARBARIAN among other projects. Before joining Paradox, Gudrun was the Director of Production for Davis Films, Samuel and Victor Hadida’s production arm under their distribution company Metropolitan Filmexport, where she worked on films such as, Tony Scott’s DOMINO, Christopher Gans’ SILENT HILL, SOLOMON KANE, George Clooney’s GOOD NIGHT AND GOOD LUCK and Terry Gilliam directed, THE IMAGINERIUM OF DOCTOR PARNASSUS. In 2008 she produced a selection of the first original content pilots for Xbox Live 360, MIRACLE OF PHIL directed by Andrew Douglas (AMITIVILLE HORROR) and POST APOLYPTIC PIZZA directed by Peter Cornwell (HAUNTING IN CONNETICUT).