Our innovative SACC-LA member, Stop Digging Los Angeles, helps its customers with a smart, simple and sustainable solution when building solid foundations. Instead of digging when building, Stop Digging uses its smart ground screws to prevent damaging the surrounding areas. Combining both innovative high-quality design with professional installers, allows you to build faster while saving time and money, while also being environmentally friendly! SACC-LA had the opportunity to chat with Robbin Havasi, CEO of Stop Digging LA.

1. Tell us about Stop Digging LA. What kind of projects do you do?

We do all kinds of projects where we use ground screws, which is a lot more environmentally friendly than using concrete and cement foundations. Our projects include Accessory Dwelling Units (ADU), container homes, wooden decks, fences, solar projects, just to mention a few.

We are also driven by helping people and we want to use our product to support areas where ground screws are beneficial, for instance when it comes to the environment and temporary housing (LA housing program).

2. What are the benefits of using your ground screws instead of digging?

Instead of turning a jobsite “upside down”, we can come in with our handheld machine and install screws without making a big mess, with dirt and other things that very often need to be hauled away when you use big augers and concrete. We recently did a solar project up in San Francisco and installed 57 screws, since we did not have access to electricity at this particular site, we used a generator that consumed only 2 gallons of gasoline. If concrete would’ve been used instead, that would have required trucks, excavators, and a lot more hence both efficient and a “greener” alternative via the small generator needed.

It is also very convenient to do temporary projects with ground screws. For example, we installed four containers for a pop-up store at Fashion Island in Newport Beach. The containers were removed after five days and you could barely tell that they had been there! This is also one of the reasons that we want to get involved in the LA housing program since our product is very suitable for that. 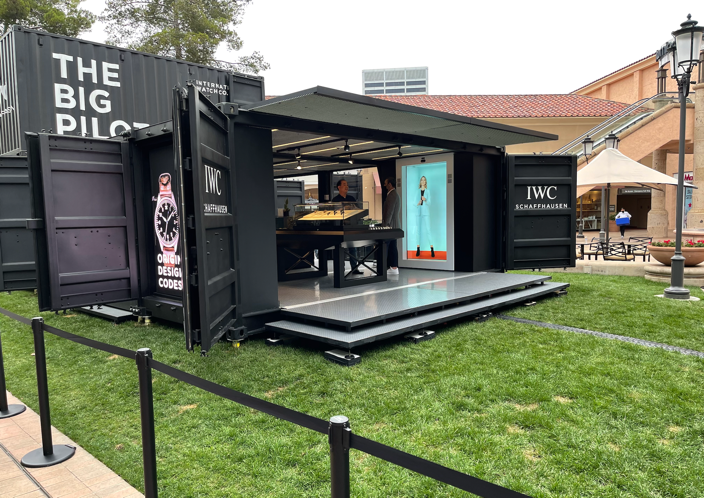 3. How did you come up with Stop Digging’s ground screws?

It’s actually a Swedish invention. It’s designed and developed in Helsingborg, Sweden, where we have the global HQ. The U.S. HQ is in San Diego.

For me personally, I moved to the U.S. almost two years ago with the plan to become a commercial pilot. That was right before Covid-19 hit, so after quickly realizing that the pilot market wasn’t in my favor, I started to look for alternatives. I had a friend back in Sweden who matched me with an investor and we contacted Stop Digging US. Midho Sehic, CEO of Stop Digging US, and I connected and he asked me if I wanted to operate Stop Digging’s LA market since he was looking for installers. Everything came together perfectly. I then started up Stop Digging LA, and Stop Digging Nevada and Arizona. We’ve now spent a year establishing the brand in California and the U.S., and we’re growing very quickly! There is a huge demand for innovation.

4. Do you have a dream project that you would like to be a part of in the future?

I would like to be a part of the housing program here in LA! We know that we have a perfect product to lower the cost and increase the speed of the process. And we really need that here in LA! The ground screw is for instance also great for temporary housing, since we can easily remove the ground screws after, making it back to normal again. So if anyone who reads this has a connection with the LA housing program, we would love to help out!

5. What are your future plans for Stop Digging LA?

We are going to focus on making a separate division to set up a solar power department. That way we would be able to do it all – from the ground screws to the entire solar plant. Stop Digging LA would take care of everything and you would not need several contractors. This means that we don’t need to have margins on all the small parts, which enables a much more competitive price for the end customer. The solar power market is interesting since it is favorable for both our future environment and the economy. 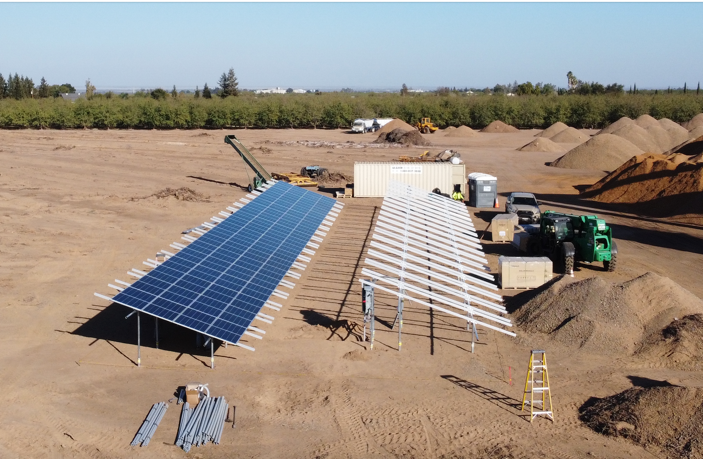 We also want to continue recruiting and finding good employees. I have a Swedish view on how to operate the business, as I care a lot about the employees and believe that they are the ones that enable a high-quality standard. So if I take care of the staff, they take care of the rest.

6. Stop Digging is currently hiring, what positions are you looking for and why should someone want to work at Stop Digging LA?

We’re looking for people who have experience or a network within construction, or just have a passion for it and want to enter the industry. One of the most important traits that we’re seeking is social skills. If you have social skills you can be taught the rest.

7. As CEO and co-founder, how has Stop Digging LA’s journey been for you and what have you learned?

It’s been an incredibly enlightening journey and year, which confirms that, in the U.S., everything is possible. If there’s a will there’s a way, there are opportunities behind every single corner!

I follow my gut feeling a lot. Dreams and goals don’t always matter, sometimes you have to listen to your gut feeling because it’s very often right.

It’s extremely difficult to do something alone. The best thing you can do is to surround yourself with people who are more skilled than you.

Networking is important as well. It was through SACC-LA that we met our CPA for example. Ask for help with the parts that you shouldn’t or can’t spend your time on. Make sure you build a wise network (very difficult during the Covid-19 pandemic) and use your contacts.

One very important thing as a CEO is, don’t be afraid of asking for help!

8. Do you have a favorite place in LA?

I would mention the place where I live, Redondo. At the same time, we’ve lived here for just two years so there are so many places I haven’t seen yet. The observatory is a very cool spot with an amazing view. There are a lot of very nice hiking trails up in Topanga Canyon, Runyon Canyon. In my job I also see many, very beautiful, homes in Beverly Hills, Palisades, Palos Verdes and many more places.

9. What do you specifically provide help on a project?

We have a general contractor license, that allows us to provide help with an entire project, although our top focus is the screws.

10. Who are your target customers?

It’s hard to specify our customers. They’re contractors who build decks, fences and other things that need a solid foundation. We have a huge interest from private homeowners who need everything from one screw to a mailbox, to bigger DIY projects where they see the benefit of having us on-site to do the foundation and then they take over. Very often we come in and do our work and we leave before noon. With concrete, it can take days or weeks. Solar panels and the ground mount for these are also a very big part of what we focus on. We’ve made a couple of bigger projects where we install the screws and then the solar companies come in after, and they love it.

11. Stop Digging has internationalized quite fast since 2012, already operating in 12 different countries and 3 continents. How was it expanding to the U.S. market and specifically to LA? Any difficulties that surprised you?

The difficult part about LA is that the construction industry in CA and LA is very conservative. They have worked in the same way for a long time and in the construction industry, in the U.S., the pace of innovation is low. That being said, it is a challenge to introduce a new product. At the same time though, there are a lot of people in the industry who say that it’s very impressive to come as far as we have in this short of a time!

CA is also affected by earthquakes, which sets new requirements within construction. For example, in New Zealand, they build two-story houses with ground screws, where they have about the same seismic activity as in CA. The ground screw is a beneficial innovation for this, since concrete bursts while ground screws actually can flex. We are planning on starting up a research project to examine the difference between using ground screws and concrete when it comes to earthquakes. We know that it works in New Zealand, but it would be interesting with the specifics, exploring if they can be used in a different way etc.

12. Have you had a favorite project? In that case, why was it your favorite?

We have a big project together with a LA-based design firm. They design residential projects, and we are doing several houses for them at the moment. You are going to see a lot more of them in the future on our Instagram.

Five Fast Ones with Robbin

Night or Morning – “Early nights with the sunsets!“