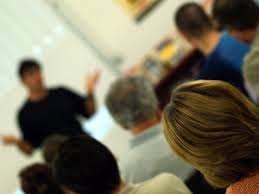 MAKING IT IN AMERICA 4

The landscape for raising money in order to expand your business, take your idea to next level or finance a creative production, such as a movie, has changed rapidly. The demands are higher, everything goes faster and you have to be able to deliver proof of concept right away. The funding sources are also changing. For example, do you go for a loan, angel money, Venture Capital or maybe even crowd-funding? Come and learn how to make it happen at our fourth Making it in America Business Seminar!

Mr. Josefsson has over 30 years of international investment banking experience having completed more than 100 transactions to a value exceeding US $40 billion. He has held the position of CEO and Head of Corporate Finance at Enskilda Securities, Inc., a registered Broker Dealer in New York, a wholly owned subsidiary of SEB, Skandinaviska Enskilda Banken, in Sweden. He was responsible for the M&A alliance with The Blackstone Group in New York and was formerly an executive for more than 20 years at Enskilda Securities/SEB in Stockholm, London and New York. He started his career as a Credit Analyst with Hambros Bank in London. Mr. Josefsson holds a Master of Law from the University of Stockholm, Sweden, and a Bachelor of Science in Business Administration from Stockholm School of Economics.

Julia Dilts is the Co-Founder & CEO of Maverick Angels, an International Angel Investment Network based in Southern California with an additional Chapter in Salt Lake City, and Affiliate Chapters in Milan, London, Paris and Frankfurt, which she founded with her late husband, John Dilts. Maverick Angels focuses on mentoring and training Global Entrepreneurs to fund promising early-stage companies resulting in successful and self-sustaining businesses.

Additionally, Maverick has created partnerships with the Crowd Funding sector and is actively syndicating promising deal flow to other Angels, VCs and Private Equity Firms to bridge the investment funding gap. The educational arm of our Company, Maverick University, includes an online and real-time training course named “Maverick Angels Investment Accelerator” which is taught around the world. This seminar was created by studying numerous successful Entrepreneurs for over a 10-year period in order to provide a road map for aspiring Entrepreneurs to learn how to attract investment from any funding sources.

The geographical capital market access is in, but not limited to, US markets and London with exceptional relationships and focus through regular road shows to Amsterdam, Abu Dhabi, Dubai, Bahrain, Doha, Zurich, Geneva, Frankfurt, Hamburg & Hong Kong. Partner offices are located in Zurich, New York, and Singapore. Mr. Drake speaks 6 languages and holds Bachelor’s Degrees in both Chemistry and Marketing from the American University in Washington, D.C. Mr. Drake holds an MBA in Finance and an MA in International Law and Economics from George Washington University where he was awarded the Wallenberg Scholarship for academic merit.

Gene Massey – CEO and Chairman of MediaShares.com
MediaShares.com is a company holding an issued U.S. Patent for a new and innovative method of crowdfunding, known as the ”Social Media IPO”, that enables any company to sell its stock on its own Website or Facebook page. By using Direct Registration, companies can use Facebook, Twitter, LinkedIn, and others to get the funding they need by selling their shares directly to their online communities.
MediaShares’ subsidiary, CinemaShares.com, is a film financing company that uses this methodology for building online communities around movies. CinemaShares licenses its U.S. patented platform to film production companies who sell single shares of stock to online movie fans and offer a DVD or digital download as a stock dividend.
In the past Gene has owned and operated a Los Angeles-based advertising and marketing company. From 1990 to 1997 Gene worked personally with Ely Callaway, Chairman/CEO of Callaway Golf, creating over four hundred television commercials that introduced and promoted the “Big Bertha” line of golf clubs. During the period of time that Gene worked with Callaway, their total sales increased from $21 million in 1990 to $843 million in 1997.

Lotta Alsén is the founder and CEO of Quickenings, a leadership company that has created several methods for leadership and entrepreneurship, including the licensed trademark methodology CORE in Sweden, originally funded by the EU. Currently, Quickenings is developing a Leadership Computer Game, training the next generation leaders, based on the Quickenings method. Lotta Alsén has also started and led several businesses, one of them a Venture Capital-funded Internet company, MsFreckles. She has also trained and coached hundreds of leaders and entrepreneurs in growing their businesses and themselves and is a published author.

She’s the President of SACC-GLA and a board member of SACC-USA as well as the Co-Chapter Leader of 85 Broads, a global women’s leadership organization. She also serves on the European-American advisory council to Sheriff Baca. Finally, she’s an avid yoga and meditation practitioner as well as teacher.

RSVP: Friday, February 3rd, 2012 latest to info@sacc-gla.org and by paying the admission fee.

ADMSSION: $15 for members and $20 for non-members. A delicious finger food buffet is included in the admission fee. Please pay through Paypal or by credit card below.

To make sure your questions will get answered at this business seminar you can submit them to info@sacc-gla.org by Friday, February 3rd, 2012 the latest.