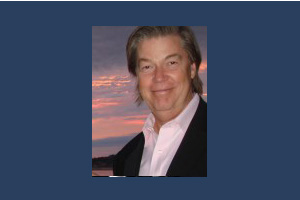 Kim H. Swartz is a Swedish-American attorney with a broad range of experience in the entertainment industry and in assisting Scandinavian individuals and companies in navigating the business and legal aspects of doing business in the U.S., including visas.  He has represented major film studios and music companies, as well as Oscar, Emmy and Grammy winning talent, and icons such as Muhammad Ali, Farrah Fawcett and Irving Berlin.  He has been involved in the industry from all sides, as an executive at major film studios and major independents (MGM/United Artists, Viacom/Republic Pictures/Spelling and Saban Entertainment), and in private practice, including 18 years with the prestigious law firm Mitchell Silberberg & Knupp, shepherding the industry for over 100 years with clients including all of the major film studios, televisions networks and music companies, and A-list talent going back to Greta Garbo and the Beatles.
Mr. Swartz handles matters in substantially all areas of the entertainment industry, including film, television, music, digital, intellectual property (copyright and trademark) and publishing. He works with established companies and talent as well as up and comers just beginning their exciting journeys in the industry.  In addition to entertainment, Mr. Swartz represents clients in other areas of the law.  He is actively involved in the Scandinavian community, including serving previously as President of SACC-LA.
Mr. Swartz is a frequent speaker at universities, film festivals, bar associations and other organizations and events, as well as in the media.  A passionate supporter of worthy causes, Mr. Swartz serves on a number of non-profit boards, including the Farrah Fawcett Foundation and Rock Against Trafficking.  He is active in animal advocacy with his wife, actress Megan Blake, particularly through her non-profit Super Smiley Project (in addition to having their own rescued horses, dogs and cats).  He is a classically trained musician and started his entertainment career in music artist management.  He has also been a producer on motion pictures and television series.  The founder of the Law Offices of Kim H. Swartz, he received his Doctor of Law (J.D.) degree from Emory University School of Law.
www.KimHSwartz.com