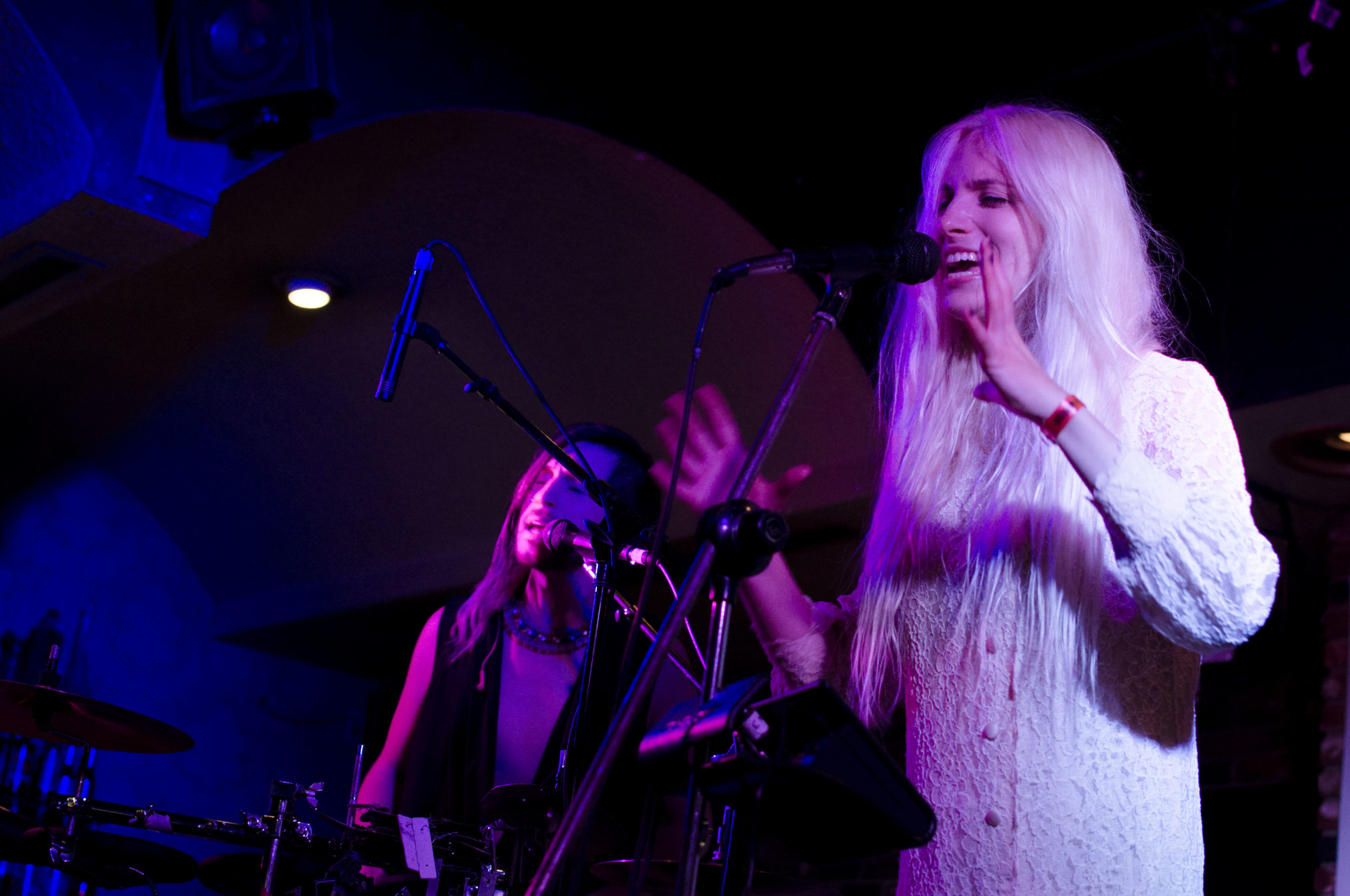 ”Sweden Happy Hour” that took place October 11th was a popular feature during the Culture Collide Festival in Echo Park where fresh Swedish music was presented.  Jesper Thorsson, CEO at Export Music Sweden AB, one of the “Sweden Happy Hour” sponsors and contributors, held an opening speech and thanked everyone involved for creating this important platform for Swedish Music in the U.S.
Melpo Mene was the first one of the performers to enter the stage with his signifying bittersweet and nostalgic songs.  “Melpo Mene’s songs give us a wistful, lovesick bliss, like dreaming about an ex-lover,” writes Omar Singer in the online publication Promote & Preserve.  The ones of you who attended The Swedish Affär 2012 remember Melpo Mene’s brilliant performance at Sowden House’s outdoor stage.  Erik Mattiasson, the man behind Melpo Mene recently moved to Los Angeles and is now fully focusing on his a career in the U.S.  We are looking forward to hear more from him!

The tempo was turned up when the next band, Like Swimming, started off with their new hit single “Go Buffalo“.   Like Swimming has performed at Culture Collide with a different band before but makes their U.S. debut as a trio at this years festival.

The very promising duo The Deer Tracks were the last band to enter the stage with a mind blowing performance that invited the whole audience to an experimental electronic music experience in the primeval swedish forest.  Their performance at Culture Collide in Los Angeles was the beginning of their 3 month tour in North America.