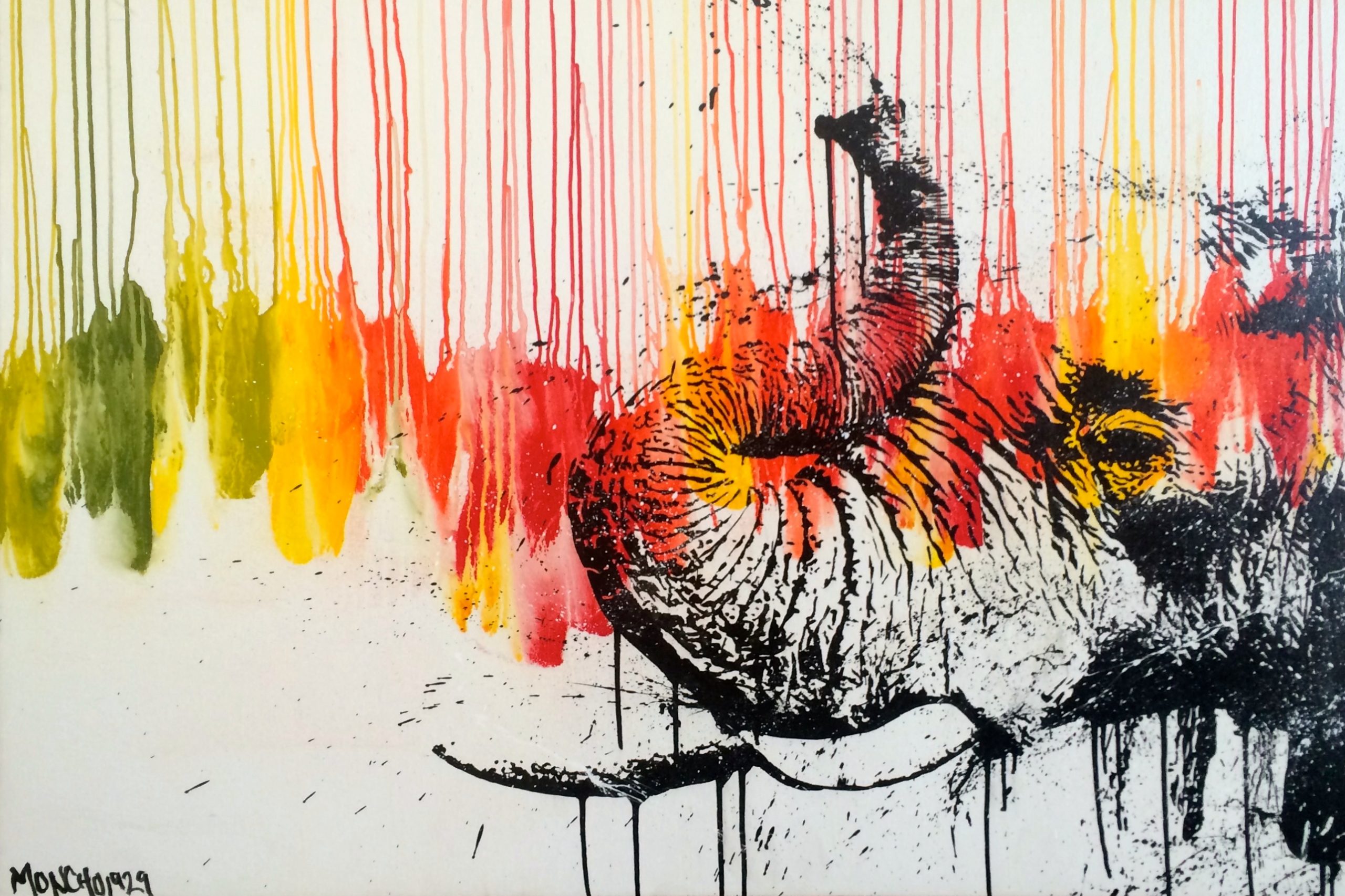 Moncho1929 Statement:
Originally born and raised in New York City, Moncho1929 is known for both his iconic animal-inspired street art and pop art style of work.
In his new solo show at LabArt Los Angeles “Versus”, both styles of work are encompassing opposite sides of the room with their styles and themes in juxtaposition.
With a white palette, some works are aggressively socio-political and speak of various issues ranging from war, poaching, police brutality to the trappings of fame.
In the same space, the black palette works speak more of a reaction and internal dialogue with his pop art style. The white writing within the works are meant to reference internal mental dialogue.
By positioning the contrasting styles in the same space, the works can be seen as competing, and to an extent having a conversation of sorts. This space brings in the viewer as an observer and participant.
All works are done without a stencil and by hand on canvas and wall (murals)