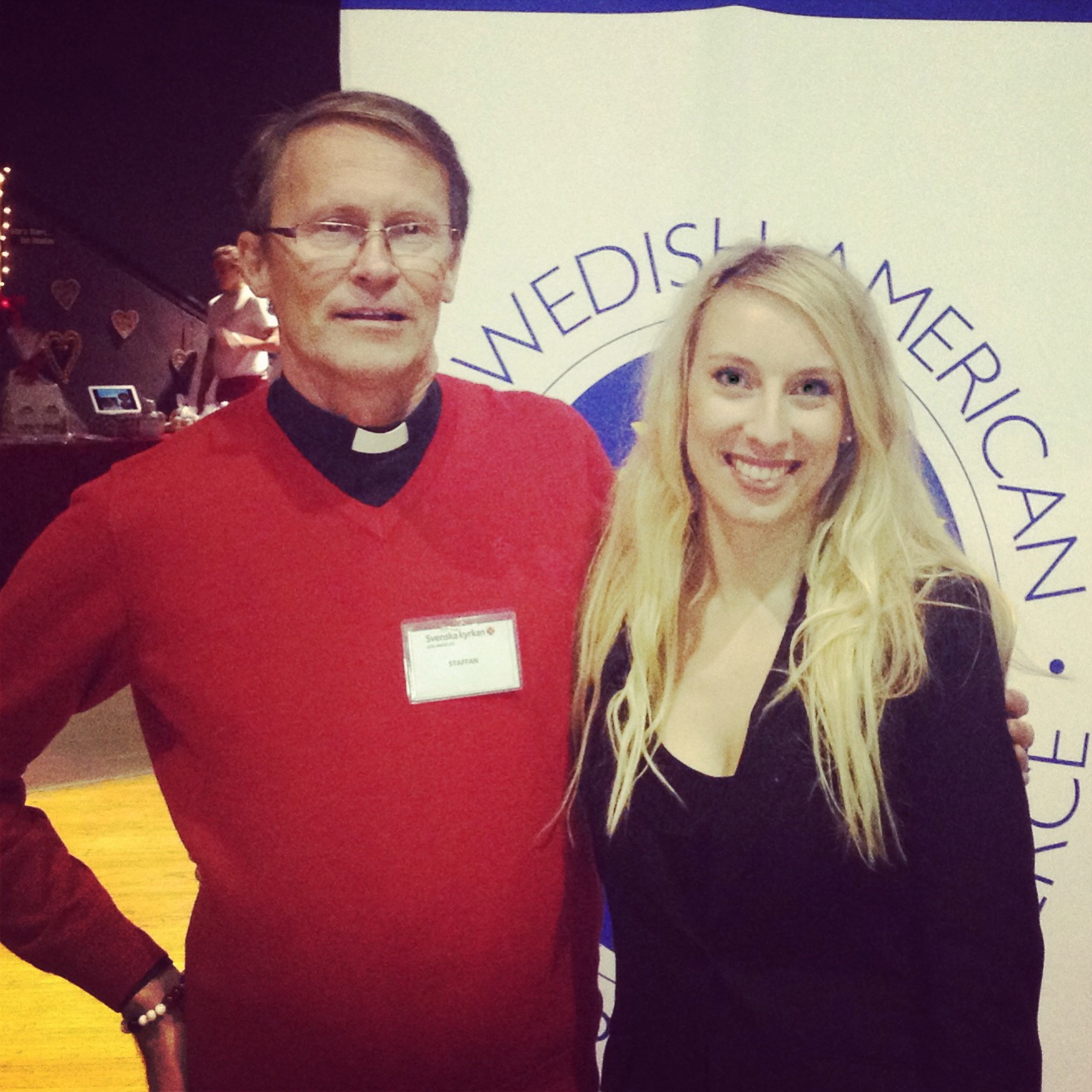 Staffan Eklund, The Pastor of the Church of Sweden in Los Angeles, Paula Thelin, Head of Communications SACC-LA

On Sunday December 15th I met with Staffan Eklund, the new Pastor of the Church of Sweden in LA. We talked about having the courage to leave the old behind and face new challenges, and the importance of a church that is present in people’s everyday life.
To become a minister has not always been the obvious career choice for Staffan.  During his military service he worked as a paramedic and after that experience he was confident that he wanted to become a doctor.  But after getting involved as a teacher at the church’s program for youths he wanted to learn more about theology and started his bible studies and realized that becoming a pastor, ordained Minister, in the Church of Sweden was his calling in life.
His work took him to many different places in Sweden and he has for example worked in Härnösand, Nyköping and Ekerö (Stockholm).  Staffan has always wanted to live and work abroad and now when his kids are older and more independent he thought that it was time to make the dream come true.
Staffan told me about one specific scenario that made the decision about moving easier.  Every day before breakfast he and his wife Maja read a book with wise words and thoughts about the day. The day when he had just found out about that he received the job in Los Angeles the quote of the day was “Have the courage to leave the old behind and start something new.”
His family has been very supportive about the decision to move to LA and when he told his adult kids their spontaneous reaction was simply “Go for it!” Staffans wife and his youngest daughter Sara have moved to California together with him and the rest of the three kids are still in Sweden.  At the time of the interview Staffan was extremely excited since all the kids had just came to LA to spend Christmas here and the family was finally reunited after four months apart.
Staffan is very enthusiastic about his work here in LA and sees great value in spreading the Church’s message and traditions to the congregation in California.  He thinks that traditions might be even more important here than in Sweden and says that a belief is just as important during happy times as in sad.  He emphasizes the importance of being a church that is present and accessible in people’s everyday life.
He looks forward to learn more about the extensive fundraising that the Church of Sweden Abroad is practicing.  He thinks that the Churches home in Sweden has a lot to learn when it comes to fundraising and that the methods that he learns here will be very valuable when he eventually moves back to Sweden after his time here is up.
We also talked about all the exciting upcoming events organized by the church the following months.  For example there is “Julotta” with breakfast on December 25th and a New Year Concert with John Kluge on January 12th . For the full calendar of events check out the Church’s website.

Staffan and Maja Eklund attended the Eliason Merit Award hosted by SACC-LA in November. This is a picture of Gudrun Giddings, President of SACC-LA, Staffan Eklund, Maja Eklund and Christian Beutel.