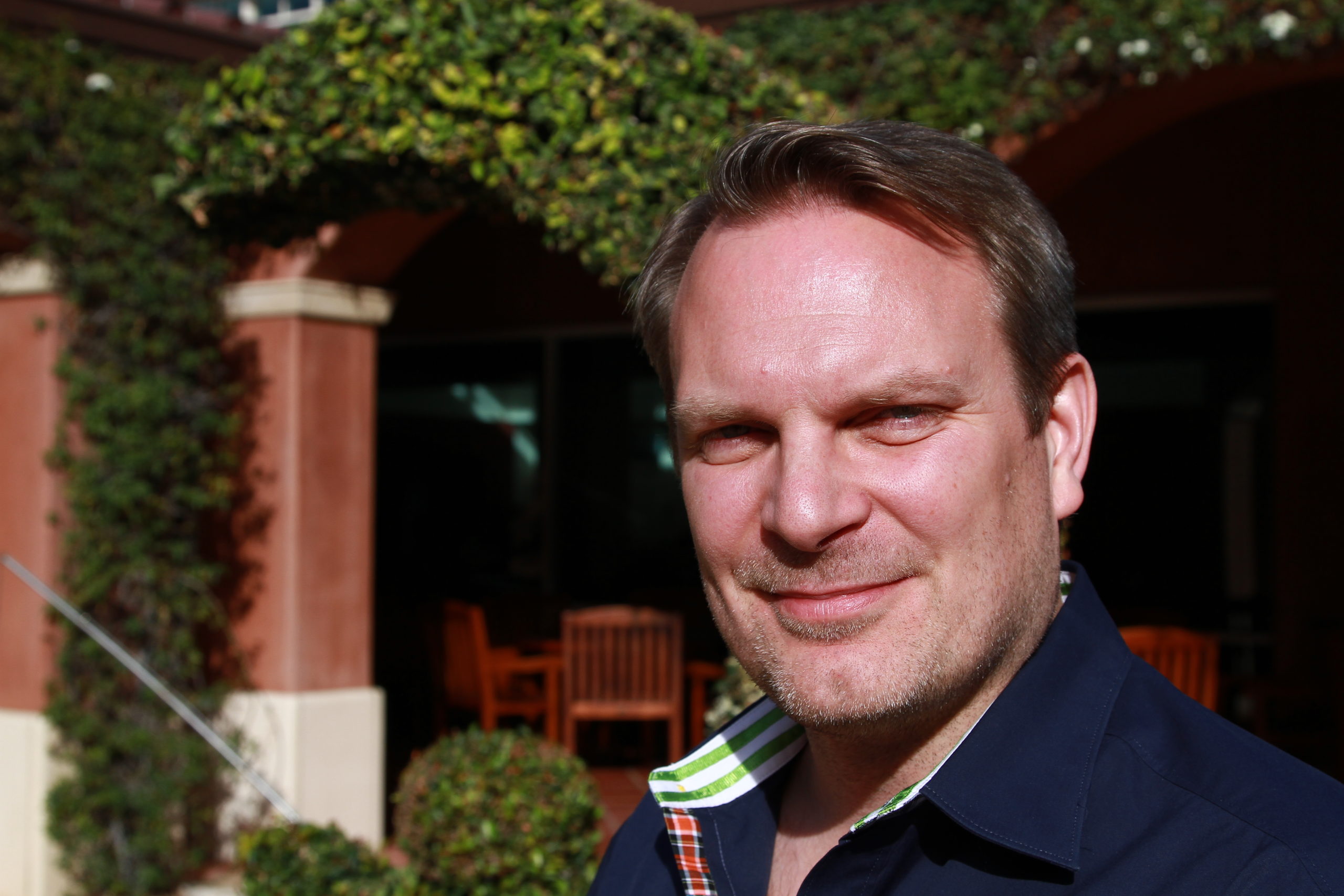 Markus Manninen – the animation genius behind the international successes Kung Fu Panda and The Croods.

On a sunny February afternoon we made our way into the Dreamworks studio in Glendale, California. As soon as we reached the gate we noticed that this place is just out of the ordinary. The studio resembles a southern Italian resort! It’s stuffed with rippling streams and fountains which provided a cooling sensation in the otherwise scorching heat. “At Dreamworks we always take care of each other. We’re like one big family and we need space to hang out”, Markus Manninen explains as he meets us in the lobby.

Markus started working at Dreamworks in 2003 and he has already been part of creating the Academy Award nominated sensation Kung Fu Panda and The Croods, which is nominated for best animated feature film at the Academy Awards next month. His title, Visual Effects Supervisor, means that he is responsible for pushing the production process forward. During some periods of time he’s in charge of a group of over 300 people which sets high demands on his leadership abilities. “The fact that I’m Swedish gives me a great advantage as I’m able to integrate Swedish corporate culture into our group. Even if there are hierarchies in Swedish businesses you are usually able to work without feeling the weight of your superiors on your shoulders. Every person in the room gets heard and we make decisions together. This is incredibly important in a creative process”, Markus points out.

Brought up in Sweden

Markus was born and raised in Stockholm, Sweden. As a youngster he was into sports and creativity with a great passion for dancing. His plan was actually to become a professional dancer but his father led him into a safer career choice: Engineering. Due to his great interest in computers he enrolled at the electrical engineering program at the Royal Institute of Technology in Stockholm but he never really responded to the course work. During his final year he had the opportunity to do exchange studies at the University of Massachusetts where he was lectured by one of the few computer graphics professors in the US at the time. When Jurassic Park hit the cinemas the same year it was considered to be a pioneer in animation and graphical design and Markus started to realize that it was actually possible to have a career in those fields.
Back in Sweden Markus decided to create a media laboratory for his master’s thesis, which gave him the opportunity to meet some of the people in the forefront of computer animation at the time. After a few years freelancing, Markus together with his father invested in a Silicon Graphics computer and started a business. “It was quite a rough industry but I got some great entrepreneurial experience” he realizes.

Markus eventually got hired by the traditional animation studio Filmtecknarna in Stockholm where he and his team would win several international awards for their groundbreaking commercials. He subsequently joined the visual effects company Framestorm in London, UK where he was titled Head of 3D Commercials. “This happened during the big Visual Effects wave which was incredibly interesting and educative but at the same time I didn’t feel like this was what I wanted to do”. In London Markus’ team continued winning some of the most prominent awards in the world for their commercials. One day the European representatives of the famous Hollywood animation studio Dreamworks came knocking.

The way across the Atlantic

On an early Saturday morning Markus took a cab to the hotel where his meeting with Dreamworks would take place. One week later he found himself on a flight to Los Angeles preparing for his new California life! He had finally found the right place for him. “The people at Dreamworks truly shared my passion for storytelling animations”, Markus tells us.

His first project at Dreamworks was Kung Fu Panda. This was supposed to be a two and a half year process but ended up lasting almost five years. Despite the delay Kung Fu Panda was a monster success and the expenses were lower than those of any of the great animation features at the time. “Through this project the studio learned the best way to develop this type of features. You have to let the production team take their time and get everyone involved.”

In Markus’ spare time he, besides hanging out with his two daughters, spends the most of the time on the golf court. “Golf is a perfect metaphor to life. No matter how often you play, you won’t get any better at it, and you never know what the next stroke is going to be like”.

Making animated features is an organic process and you never stop planning. “The script is important as it provides the general concept but we never stop improving the storytelling”, Markus explains and continues, “A great advantage with animations is that we have the possibility to instantly review the result and redo it.”.
Markus compares the animation process with a product design process. The only real difference is that once their prototype is complete, they send it to the cinemas instead of the production lines in a factory. As in product design, all departments have to cooperate as they influence each other, both creatively and financially. He explains that Dreamworks is actually all about creating intellectual property. “After a feature is produced, the big additional profits come from products like video games, toys, TV-series and similar. The company creates value through storytelling.”

The best part of being a VFX supervisor at Dreamworks

“The best and simultaneously the hardest and most sensitive part of my job is collaborating with the producers and directors and construct that safe and trusting relationship between us which makes it possible for them to hand over their storytelling to me and my team with optimism”, Markus tells us. He adds that there is a great challenge in keeping 300 people in their most productive state.

The Croods is nominated for best animated feature and when we ask Markus how that feels he responds with watery eyes: “The greatest feeling is that the audience actually likes your work. It’s unbeatable! Being nominated for an Academy award feels unreal but at the same time we’re incredibly honored. When I watch the film, I see the faces of all the people who were involved in the creative process.”

Screen shot from “The Croods”

In the next few years Markus will be fully occupied with starting up a brand new animation studio co-owned by Dreamworks in Shanghai, China. The feature Kung Fu Panda was a tremendous success in China and Dreamworks have now decided to invest in the Chinese market, making movies inspired by the Chinese culture. “The fact that the films made at Dreamworks are appealing on an international level has a lot to do with the production team being composed of fantastic individuals from many different nations. The films we make in China will be inspired by the Chinese culture but appreciated in the entire World”, Markus adds.
Within ten years Markus wishes to develop his own animated movie. If it will happen at Dreamworks or not remains to be seen.

Finally, some advice for Swedish people who wants to come to LA and work in entertainment