Gregor Hembrough has been working at Volvo cars for over 20 years. During this time he has held numerous international assignments and has worked and lived in Sweden for close to 8 years.
“It’s been a fantastic experience living in Sweden and gaining an understanding of the Swedish cultures and values. The majority of my closest friends reside there” – Gregor explains.
Gregor acknowledges that it’s a great advantage by being a Swedish car company; there are numerous German and Japanese luxury cars, however only one brand in the market is Swedish. He claims that Volvo hasn’t been fully utilizing their Swedish virtues in the past couple of years, but that is changing and they will share the fact that they’re Swedish in marketing efforts. 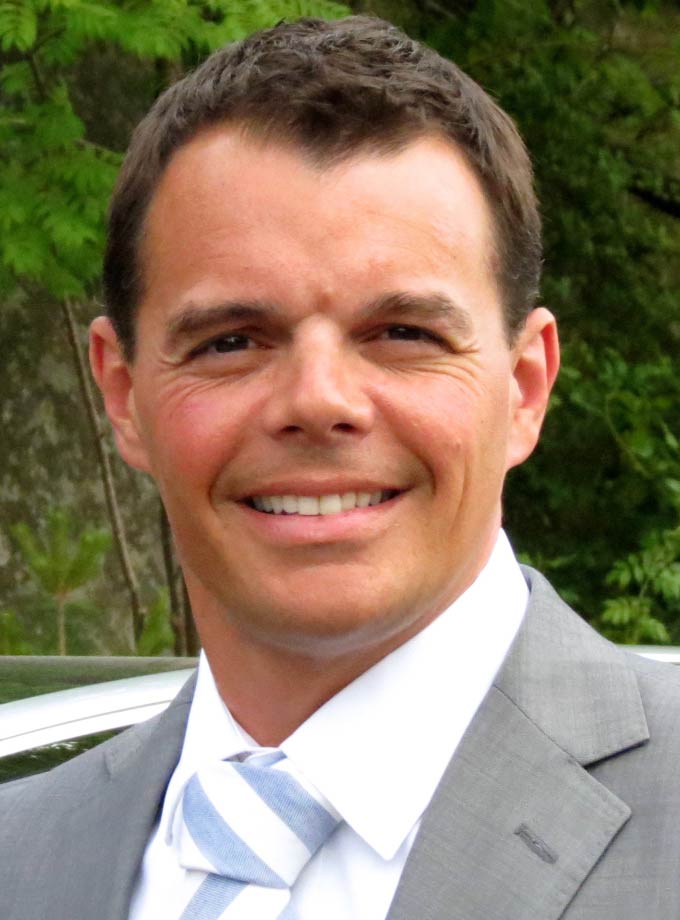 “We’re going to express the innovativeness, the human-centric values and the simple, clean design attributes that represent Sweden and Scandinavian design.”

As the Vice President, Gregor Hembrough is responsible for the sales, market share, customer service, network development and advertising within Volvo’s Western Division. Although he has a lot of responsibility on his shoulders, Gregor remains upbeat, optimistic and speaks frequently over Volvo’s very bright future.
“We’re coming back strong. We were up 10% in March versus the previous year and the big volumes will start to come next year when we launch the all new XC90 in the U.S market.” “This SUV will be revolutionary. It is a very large industrial project, which in financial terms is on a par with the construction of the Oresund Bridge linking Sweden to Denmark!” Gregor says in excitement. He then continues to describe Volvo’s all-new “Drive-E” Engine platform which was completely developed by Volvo in Gothenburg. “The engine is very fuel efficient with up to 37 MPG but with no compromise in performance or drivability.”

Volvo was purchased in 2010 by Geely Holdings and according to Gregor the company has benefited extremely well. With over 11 billion dollars in investments, Geely has allowed Volvo to develop both platform and powertrain independence – meaning their new products don’t share any carryover from the days of Ford’s ownership.” “Through these substantial investments we will continue producing cars that are 100% Volvo along with our hallmarks of design, safety, engineering excellence and environmental performance” Gregor explains proudly.
When comparing the US car market to those within Europe, Gregor is quick to note that Volvo has a separate set of challenge in this market. For example, the likes of Lexus, Acura and Infiniti are large competitors to the Volvo brand here, however in Europe these brands have very little consideration. In addition Brand Loyalty levels are not as strong in the U.S as they are in Europe and specifically Sweden. “In the US, customers tend to lease cars a high rates, especially in the luxury segment”. “This boils down to customers trading in their cars every 3 to 4 years while also taking the opportunity to try something new. This may be a new segment or a different brand”. Gregor however, has great confidence for the future of Volvo in the U.S. “We have some of the most attractive and competitive cars in the market today.” “This fact, coupled with the new product launches that we will see in the near future, leaves me with no doubt that you’ll be seeing more Volvos on people’s shopping list and on the roads soon.”